How to Get WiFi Access in Cuba While Traveling 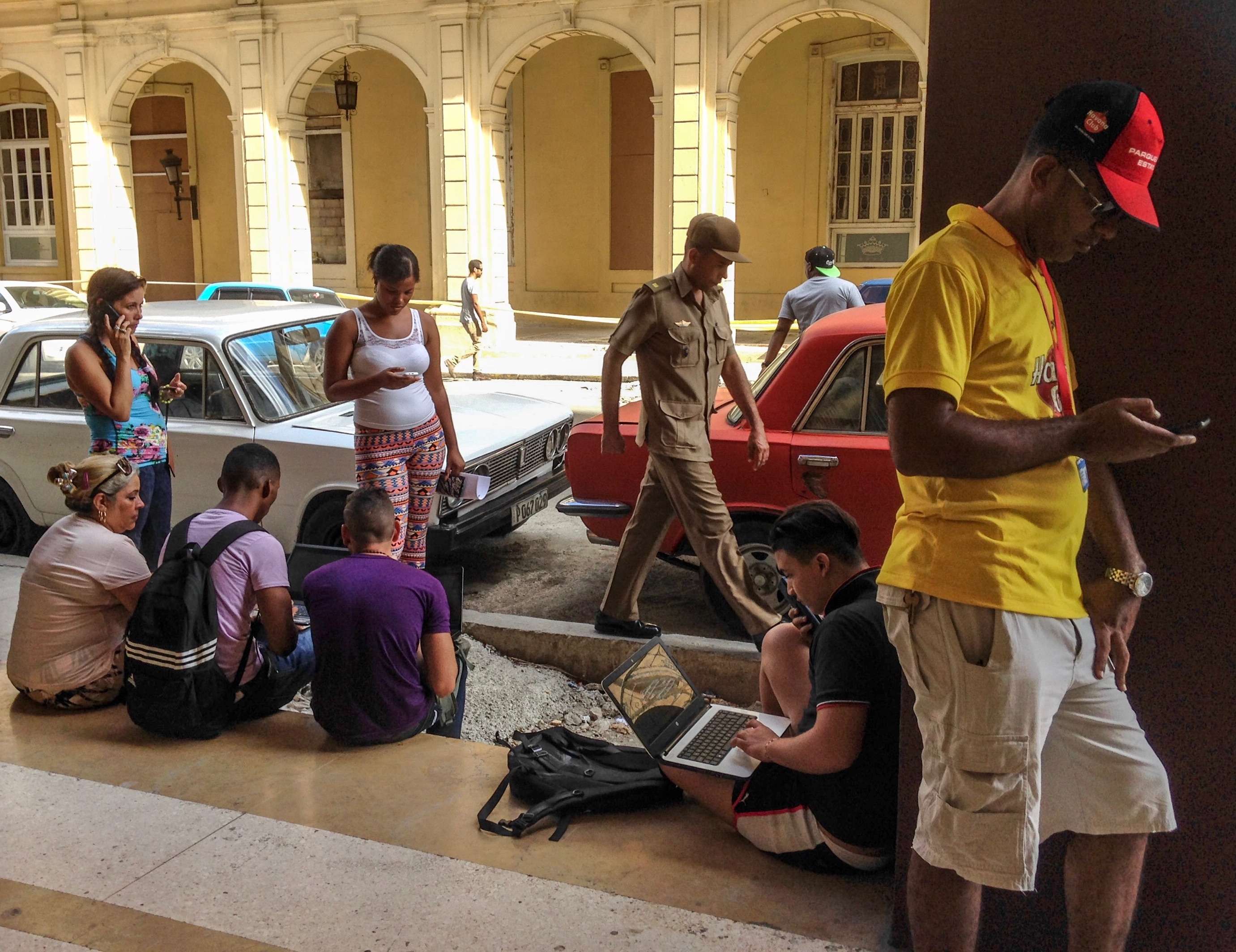 There is no more exciting time to travel to Cuba than now! With U.S. travel restrictions eased to 12 categories of legal travel, daily commercial flights (from numerous U.S. cities), and a tourism boom to catch Cuba “before it changes forever” you’ll be able to catch the “real” Cuba now before commercialism takes over. But experiencing the “real” Cuba means you’re going to, well, experience “real communism” (to a degree, at least, as things are always complicated when it comes to Cuba). One of the many questions U.S. (and international) travelers have is about WiFi: “will I be able to get WiFi access in Cuba?” The short answer is, yes, you will be able to get WiFi access in Cuba but it’s complicated (it always is when it comes to Cuba).

People in a park getting wifi access in cuba

Cuba is a socialist/communist country (those words aren’t normally used interchangeably) which means the government controls the country. WiFi (until recently) was only available through hotels and the hotels in Cuba, you guessed it, are owned by the government. Interestingly enough U.S. operated Starwood Hotels started operating a hotel in June, 2016 though discussing that is for another time.  Recently, however, the Cuban government has opened up WiFi hot spots around the country  making accessing WiFi in Cuba (somewhat) easier than before.  Therefore, as of this writing (things in Cuba are changing rapidly) you can get WiFi access in hotels or hot spots in select locations around the country. 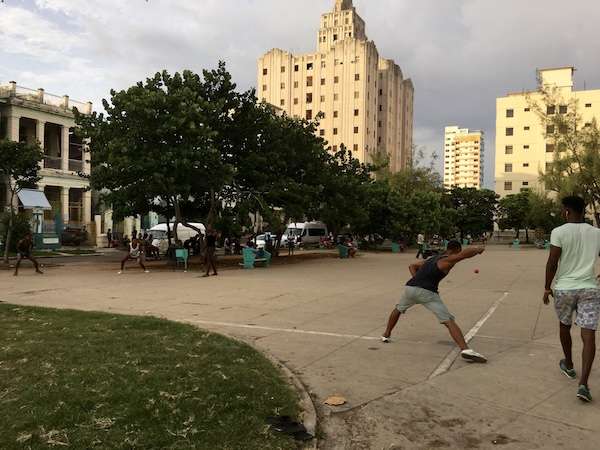 Kids playing handball in a park in Vedado. A WiFi hotspot was recently installed here.

Where are the WiFi hotspots in Cuba?

A list of current WiFi hotspots can be viewed on TripAdvisor but the number WiFi hotspots in Cuba are expanding quite quickly so it’s best to check back often. For your reference the current locations Travendly recommends on their trips to Havana are listed below.  But, remember, you can also get WiFi access in hotels.

• Park on linea and L (Vedado)

Now you know where to find WiFi in Cuba but now you need to know how to actually access it. You can’t just roll up to a WiFi location, turn your WiFi iPhone button on, search for the network, and connect. It’s not that simple (remember you were warned about things being complicated in Cuba). In order to access WiFi in Cuba you need a WiFi card.

Where to Buy a WiFi Card

As of this writing one WiFi card is good for 1 hour of (non-continuous) WiFi access with retail cost of 2 CUC.  WiFi cards are available for purchase (you guessed it again) at hotels. Your first step is to approach the receptionist desk at a hotel and (hopefully) purchase a wifi card. “Hopefully” since there’s always the chance a hotel is sold-out of WiFi cards as Cuban teenagers will purchase these cards in bulk from a hotel for 2 CUC then up-sell on the streets for 3 or 4 CUC (hello capitalism). The people who sell WiFi cards on the street usually do so in the non-hotel WiFi hotspots so if you go there (see list above) and ask around for a “Wee-fee tarjeta” you might be able to score one (at a marked up price). Not obtaining a WiFi card will only make things more complicated so let’s assume your WiFi card purchase was successful.

Logon to WiFi in Cuba

In order to logon to the ETECSA network follow these steps:

Now you know where to get WiFi access in Cuba, where to buy a WiFi card, and how to logon and off of WiFi. Not bad! But one of the pleasures of visiting Cuba is actually experiencing “life without WiFi” so, perhaps, you won’t need this guide after all.  Safe travels!

Jon is the founder of Travendly. While home is New York City he loves traveling the world, experiencing new cultures and finding those off the beaten path hikes. When not traveling he's most likely hanging with his dog, Nema, or improving (his oft bad) fantasy baseball team

How to Mentally Prepare for a Trip to Cuba