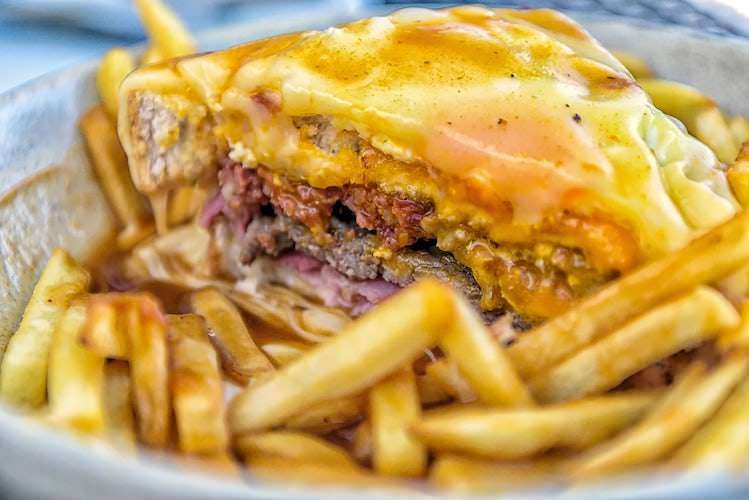 When it comes to food, Porto residents like to eat hearty meals, packed with meat and cheese.

Porto is a small city compared to Lisbon, but it has a lot to offer. Even if you’ve never visited the city, you’ve probably heard of Port wine. While a glass of Port, is a great introduction to Porto’s cuisine, there’s a lot of food to experience here too.

So what should you eat in Porto? Below are five traditional dishes we recommend trying.

Ask any local what to eat in Porto, and they’ll mention Francesinha. Translated as “Little French girl”, this infamous sandwich is like a heavier version of a croque monsieur. 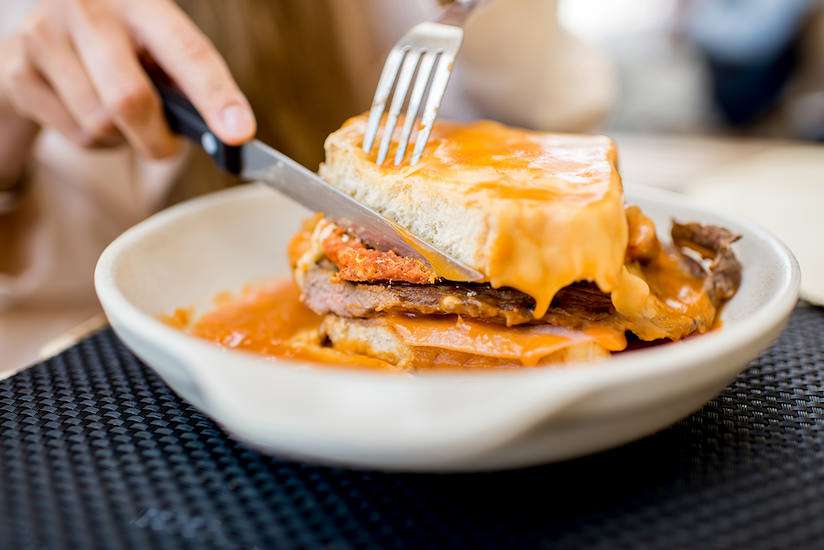 Francesinha is one of the most famous traditional dishes from Porto

It has all kinds of meat inside, including cured ham, roasted meat, and a garlicky smoked sausage known as linguiça. Then it’s covered with melted cheese and sometimes topped with a fried egg. What makes the Francesinha so good is the spicy sauce that comes with it. Every restaurant has its secret sauce, but the base is usually tomato and beer.

Cachorrinho might not be as famous as the francesinha, but it’s one of Porto’s street food icons. You can’t leave the city without trying this delicious hotdog! To make it, you need thin toasted bread, grilled Portuguese sausages, cheese and a spicy sauce to brush on top. Unlike the average hotdog, Cachorrinho is usually cut into little pieces, making it the perfect snack to share with friends on your trip to Portugal.

Try Cervejaria Gazela or Lado B.

Another dish you should eat in Porto is the alheira. This traditional sausage is a feature in most Porto restaurants, especially at lunchtime. It can be fried or baked, and usually comes with french fries, rice and a runny egg.

Back in the 15th century, the Jews in Portugal invented the alheira as a way to avoid the Inquisition. Instead of pork, they used poultry and game meat, and that saved their lives. Today you can find many varieties of alheira in Portugal, including non-kosher.

There’s a reason why Porto residents are called tripeiros, and that’s because of this dish. Legend says that during the Portuguese Discoveries, the people of Porto gave away all the good meat to the soldiers, so they only had tripas (tripe) to eat. Still, with a bit of imagination, they created this hearty stew made with tripe, white beans, sausage, vegetables and herbs.

Codfish is an essential ingredient of Portuguese cuisine. Every region has its recipe, and Porto is no exception. Bacalhau à Gomes de Sá is a delicious casserole dish that combines codfish with eggs, potatoes, onions and black olives. 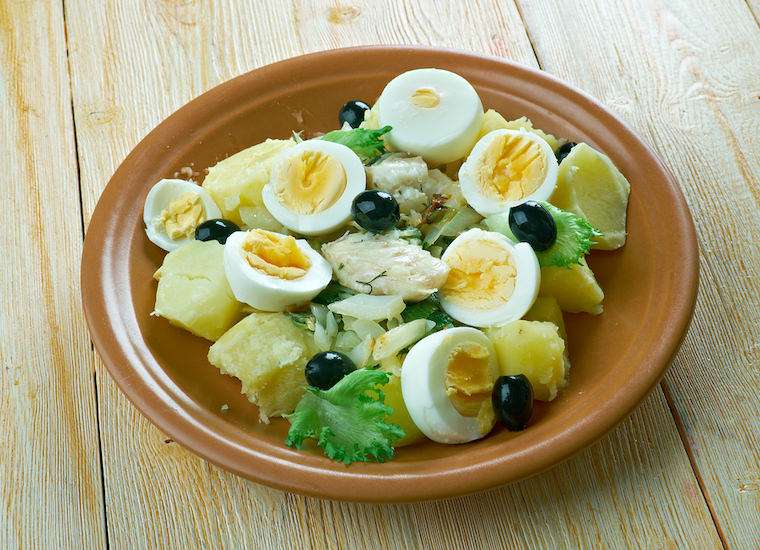 The dish gets its name from Gomes de Sá, the son of a 19th-century cod trader that worked in downtown Porto. Some restaurants have a special day just for this dish.

Joana is a Portuguese travel writer from Lisbon. She writes about the hidden gems of Portugal, fun road trips and train rides worth taking. When she’s not typing away on her laptop, you can find her drinking an IPA at the nearest craft beer bar.

Send this to a friend